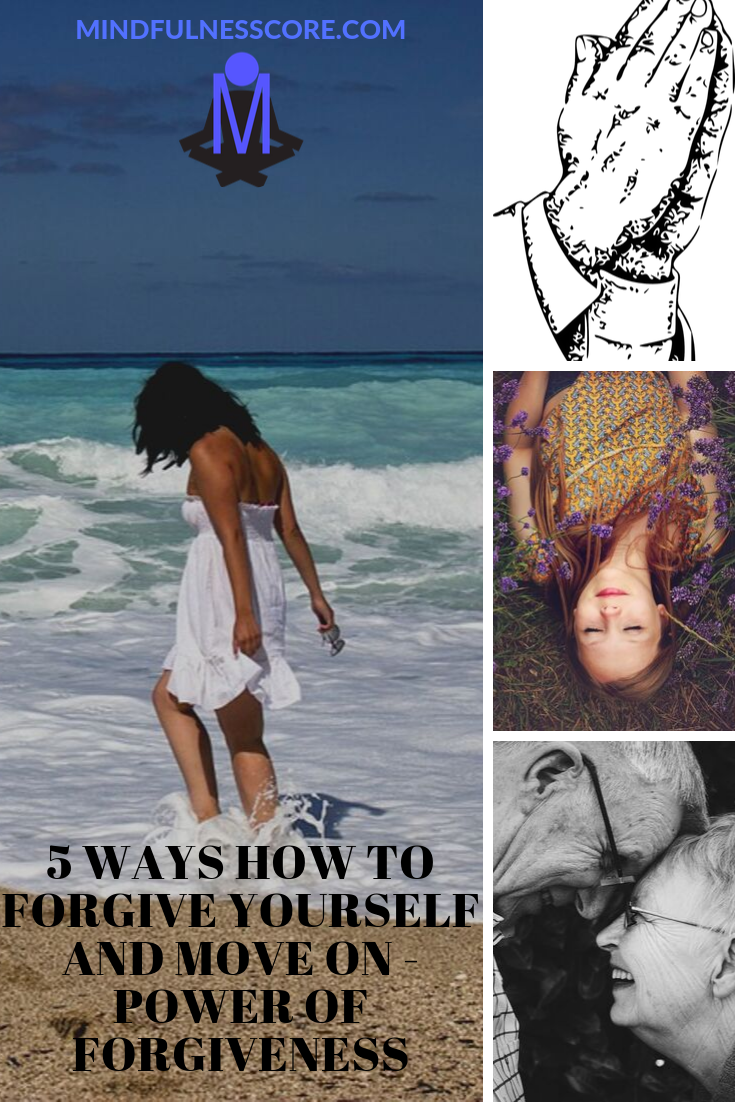 You can make a team of the finest researchers from all over the world and they would still fail to find you someone who has never made a mistake in his life. It is because no one amongst us is perfect. It is inherent for us to sometimes make a snap judgment, to have a misunderstanding, and to commit a mistake. Under such circumstances, our emotions like remorse and shame make us feel guilty for not meeting the expectations of others as well as of ourselves. Simply put, we all have a natural proclivity towards taking the blame for things that don’t go as expected in our lives.

For instance, imagine that you got into a heated argument with someone. Things got so out of control that you ended up punching them in the face.  Naturally, they fell to the ground and you realized the pain that you have inflicted on them. As an adult with maturity and sensibility, it wouldn’t take more than a moment for you to realize that you have committed a blunder. The feelings of remorse and guilt will surround you immediately because you feel disappointed in yourself for your inappropriate behavior.

As per psychology, regardless of how uncomfortable such emotions may be, they actually work in our favor in the long run. As evident from the example mentioned above, the feelings of regret, embarrassment, guilt, and shame push us to ruminate our actions. It is because of such emotions that we are apologetic about our inappropriate behavior, learn from our mistakes and make sure that such negative behavior is not repeated.

Unfortunately, however, some of us find it hard to use these emotions to learn from our mistakes and prepare better for the future. Instead, these few fail to forgive themselves and drown under the burden of these emotions. If you have been stuck in a vicious cycle of blaming yourself for something that happened in your past, then you have landed on the right page. Let us help you with a few of the prominent tips which can take you a step closer to self-forgiveness.

While it is entirely obvious, it is all too common for us to forget the fact that our mistakes make us human. “No one is perfect” has practically turned into a slogan for today’s world and yet it is hard to remind yourself under such circumstances that each and every single of us make mistakes from time to time. You need to put a deliberate effort into reminding yourself that your guilt, embarrassment, and shame are not a sign of you being inferior in any possible way. It’s just a sign that you are a normal human being.

Under such circumstances, it can help a great deal to talk to someone who you look up to. It could be your father, a friend, your sibling, a senior, or just about anyone that you deeply respect and idealize. Listening to their stories of how they have committed mistakes and how their mistakes shape their personalities and turned them into the person that they are today will make you realize that it is all an imperative part of your life. You will then be able to see that such experiences are for you to learn from and grow into a better person.

It is important to remind yourself that forgiving yourself simply means that you take the responsibility for your actions, you accept that you were wrong, you confront the associated emotions of guilt, embarrassment, shame, and remorse, but you refuse to make the rest of your life revolve around these feelings.

2. Try To Understand The “Why” You Want to Forgive Yourself

The next step to forgiving yourself is to make an effort into understanding the “Why” behind your behavior. More often than not, there are some situational factors associated with each of your behavior which help accentuate the reasons why you act the way you did. One thing to be kept in mind, however, is to realize that knowing the reason behind your inappropriate behavior doesn’t justify the way you acted. It just helps to provide the information that you can use in the future scenarios to bring an improvement in your behavior.

For instance, in the example mentioned above, it is evident that you acted out of anger when you lost control and ended up hurting someone physically. But it’s important to realize why was it that you gave in to your anger and lost control? Was it because the other person was disrespectful towards your beliefs? Did the matter enter the realm of “personal” for you? Was it because your insecurities were triggered? Whatever the reason was, it helps you understand the cause of your inappropriate response and makes you reflect about how the situation could be handled better so that you don’t end up making the same mistake in the future.

Once you understand the reasons and determine a better response for the future and make an intention to apply the newly thought behavior, you get a sense of satisfaction that you are doing everything in your power to remedy your mistake which helps a great deal in eventually forgiving yourself for what you have done.

3. You Are Not The Reason Behind Everything

As mentioned earlier, we have a natural proclivity towards taking the blame for everything that happens in our lives. It’s like our brain has an inbuilt tendency to associate ourselves with the events that we sometimes don’t have anything to do within the first place. For example, if you have had an unfortunate event of losing someone to a chronic disease or perhaps an accident, it is likely that the thought once popped into your mind that you failed your loved one and if only you would have been there for them, this wouldn’t have happened. Now death is the king of all unexpected events and it is not in control of anyone, and yet, we like to take the blame for it as well.

More often than not, the reason why it gets hard for us to forgive ourselves is that we cling to the negativity associated with our mistake and fail to see the silver lining. Remember, regardless of how negative the experience may be, there is always something positive to learn from it. Your emotions of shame, guilt, remorse, embarrassment can act as the learning tools which turn you into a better person for the time to come.

Being perfect doesn’t make you learn anything. It is your mistakes which grow and evolve you into the person that you always desired to be. You can think of it like this; one of the options in front of you is to drown under the ocean of these emotions that can’t turn back time and isn’t going to do anything for anybody in the long run. And the other option for you is to learn the important lesson from your negative experience, forgive yourself, move on and be a smarter person in the long run.

Once you focus on this silver lining and put an effort into understanding that you mistake has taught you a lesson and has turned you into a smarter and better person for the years to come, it’ll become easier for you to forgive yourself and move on.

Being selfish is usually a common trait that is associated with human beings. But what’s amazing is that for the most part, we harder on ourselves as compared to we are with the rest of the people. It is relatively easier to forgive other people for their mistakes but once we start to beat ourselves for something, it just keeps getting harder to employ the same forgiveness for ourselves.

The good news, however, is that like everything else, practice makes you perfect with the trait of forgiveness as well. The more you practice it on others, the easier it will start to get for you to eventually forgive yourself for your mistakes as well and move on with your life.

If you have been stuck in a loop of blaming yourself for your past mistakes and letting it go has been a trouble for you, we sincerely hope that the above-mentioned tips are going to help a great deal in moving on and becoming a smarter person for the future. It is going to take constant reminding of the information mentioned above before you can sensitize your brain and start to believe all of it, however, the effort that you’ll put in is certainly going to be worth it.