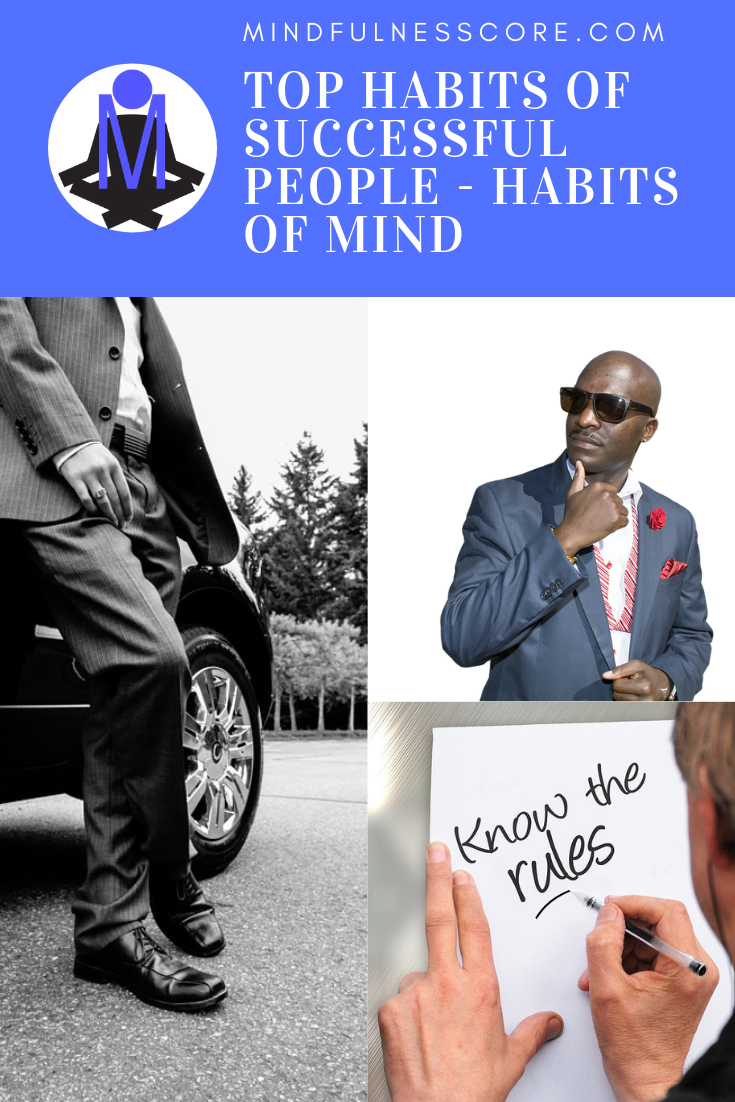 Here’s a question for you; how many times have you decided to do something but never actually ended up acting on it? If you are being honest, you probably wouldn’t even be able to count such instances on your hand. Don’t worry, though. There is nothing wrong with you. It’s a problem that is experienced by a lot of us in this day and age. Be it because of laziness or excessive procrastination or perhaps put the blame on the busy schedules, we have turned into a generation that is comfortable with planning things in our heads but lacking the energy to put an effort into realizing any of it.

Think about it, haven’t you been thinking of joining the gym and getting your perfect body for the previous few months? Don’t you tell yourself every time that you are going to quit junk food after this last meal and will focus on your weight loss goals? Days can turn into weeks and weeks into months but it seems next to impossible for you to actually get off your couch and work towards these plans that you have had in your head. It’s not a newly formed habit either. Think about your academic days when you were in grad school, for example. Wouldn’t it be true to state that you have spent a better part of it promising yourself that you will quit wasting time from tomorrow and be more productive? But the tomorrow never actually came, did it?

In the language of psychology, the aforementioned scenario is termed as a lack of action habit. A vicious cycle that consumes all of your time into thinking, planning, and promising but never actually letting you go through with any of it. What needs to be understood is that the lack of action habit is nothing but an evil habit that negatively affects your personal and professional life. It is merely something that turns you into a talker; one who’s incapable of walking the talk when the time comes. So you can all of these ideas, plans, imagination, and huge stuff in going inside your head but the moment it comes to being pragmatic and present yourself as a doer, you are confronted with nothing but failure.

From a perspective, there’s good news in the statement highlighted above. Regardless of how badly do the effects of the lack of action habit penetrate into all domains of your life, it is nonetheless just an evil habit. And like all other evil habits, there are tips that might help you pull out of it if you are patient and persistent enough with your efforts. But how do you put an effort in the first place, you ask? Here’s how:

The Word “Perfect” Is An Illusion

If you recall all of the instances when you had an idea or a plan in your mind but you never actually went through the implementation phase, a prominent reason that you’d be able to associate with it would be a desire to wait for the perfect time. But here’s the thing. Perfect, in itself, is nothing but an illusion. You are running low on the action habit because unfortunately, you are someone who is in pursuit of a lost cause known as “perfection”.

So, the first step to get the action habit is to remind yourself that there is literally no time that can be regarded as “perfect” to act on all of your ideas and plans. You have been waiting for so long and you will probably always be waiting if you are in pursuit of “perfection”. The only thing at your disposal to realize your dreams is the present time. It doesn’t even matter if you think of it as the perfect time. That’s all you have and in order to be a doer, you are required to make do with what you have. Improvisation is the key term here. Do you know what they say? The best time to do what you intend to do was at the start of the last year. But you know what’s the second-best time to act on it is? It’s right here, right now.

Okay, wait, before you lash, just hear us out. There is no argument over the fact that planning is important for several of the matters of life. But you can’t deny the fact that there are a few other instances when spontaneity is a better option than planning. For instance, remember the time last summer when you woke up and texted your friends that it’s a perfect day to go hiking. But then, you blamed it on the lack of planning and how it couldn’t be arranged immediately that ended you up with an utterly boring day of lying on the couch for hours with a bowl of ice cream and a movie that you have watched some two hundred times already.

Imagine if you would only have left the couch and picked up your friends spontaneously and went on a hiking trip. The benefit? You must have had some amazing memories of the adventurous day. As evident, the key here is to find the balance between planning and being spontaneous. If you are in search of the action habit, there is an implication that you are already an expert at planning. What you need is a focus on spontaneity that will eventually turn you into a doer and not just a talker in the long run.

Have you ever heard of the term “paralysis of analysis”? In the simplest of terms, it can be regarded as an outcome of overthinking. It points at a time when you go so deeply into analyzing the situation that you get stuck with the available options and fail to choose the one that you deem suitable for action. Overthinking can be thought of an extension of the spontaneity strategy that we mentioned above. More often than not, it is overthinking that disables you from being spontaneous. Every time you come up with a seemingly great idea or a plan, your mind immediately activates the overthinking mode unless you analyze it to the point of finding an imaginary loophole that prevents you from acting on it for reasons which wouldn’t always make a lot of sense either.

The solution, therefore, is to make sure that you part ways from overthinking. The simplest strategy to accomplish that is to make sure that you practice meditation and mindfulness as soon as an episode of overthinking comes knocking on your door. Just a few minutes of such practices can activate the natural relaxation response of the body, uplift your mood, and surround you with a sudden outburst of clarity. It will help you a great deal in getting rid of the paralysis of analysis by showing your disturbing and troubling thoughts the way out of your head. Once overthinking is out of the question, spontaneity can take its place. This is when you start to get excited about actually acting on your plan.

Remember that getting an action habit doesn’t happen overnight. The lack of it implies that you have taken years to build a habit of confining yourself to talking but having reservations about walking the same talk. Therefore, reversing the evil and getting the action habit will take some time and a lot of practice and persistence as well.

As such, you should be in search of the opportunities to practice the action habit. Start with the minor things and don’t forget to reward yourself for every tiny goal that you accomplish. For instance, if you have been thinking about joining a gym lately, start from there. Go get yourself a gym membership. If you can’t seem to find enough motivation to work out for at least 4 to 5 days per week, start with only 2 or 3 days and appreciate yourself for the effort that you are putting in.

As the list of smaller objectives that you have successfully accomplished with practicing the action habit starts to populate, it will get increasingly easier for you to employ the action habit for the greater goals of your life.

The Action And Fear Relation

Here’s another common reason why people lack the action habit. It is more than possible that you may want to do something but the idea is being hindered by the surge of fear that surrounds you as soon as you think of going about it. For instance, you love visualizing yourself as a public speaker. You know there are a few great ideas and debates in your head just waiting for the right time to be unleashed upon the world and yet the stage fear or the fear of being limelight always silences that passion.

But what if we told you that the answer to your fear lies in the action itself? Let’s approach your problem from a different perspective. What do you think is the scariest part of public speaking? It makes sense for us to think of the “waiting” before you get on that stage to be it, right? But what happens afterward? Once you are there, you start speaking, and in no time at all, you get it going. More often than not, all the pressure, stress, anxiety, and fear will leave you alone as soon as you actually start to speak. It’s like the feedback loop. You take a leap of faith and practice the action habit that in turn removes the fear that was preventing you from being the doer in the first place.

Get Rid Of The Distractions

Honestly, it’s self-explanatory. Part of the reason why we fail to act on our ideas and plans is that we are too distracted. Call it a side effect of the modern world with a myriad of gadgets and the internet at our disposal, the noise can get unbearable at times. For instance, imagine yourself as a writer. You have been facing the writer’s block for a few days and have finally decided to be productive from tomorrow and put your everything into it. The next morning, you start your day with a healthy breakfast and sit with your laptop all ready to write the first page of your new blog when a pop up shows up on your screen telling you that you have received a new email from a friend. You open the email and there’s a link to a funny Youtube video. You click the link and now you are on Youtube. Before you know it, you have now watched 2 hours worth of funny videos and are now scrolling through various social networks having conversations which don’t add up to your productivity at all. What do you think became of your will to practice the action habit when you are surrounded by this many distractions?

Did you get the key take away? Get rid of the distractions and the habit will find its way to you.

It is to be kept in mind that an average idea that is actually realized is far better than a whole bunch of them which are never acted upon. Getting the action habit is the way to realizing all of your dreams, be it concerning your personal life or the professional one. Truth is, your chances of being successful in life, in general, are determined on the basis of whether you are a doer or just a talker. With so much on the line, wouldn’t you say it’s worth putting an effort into getting a healthy and useful habit?