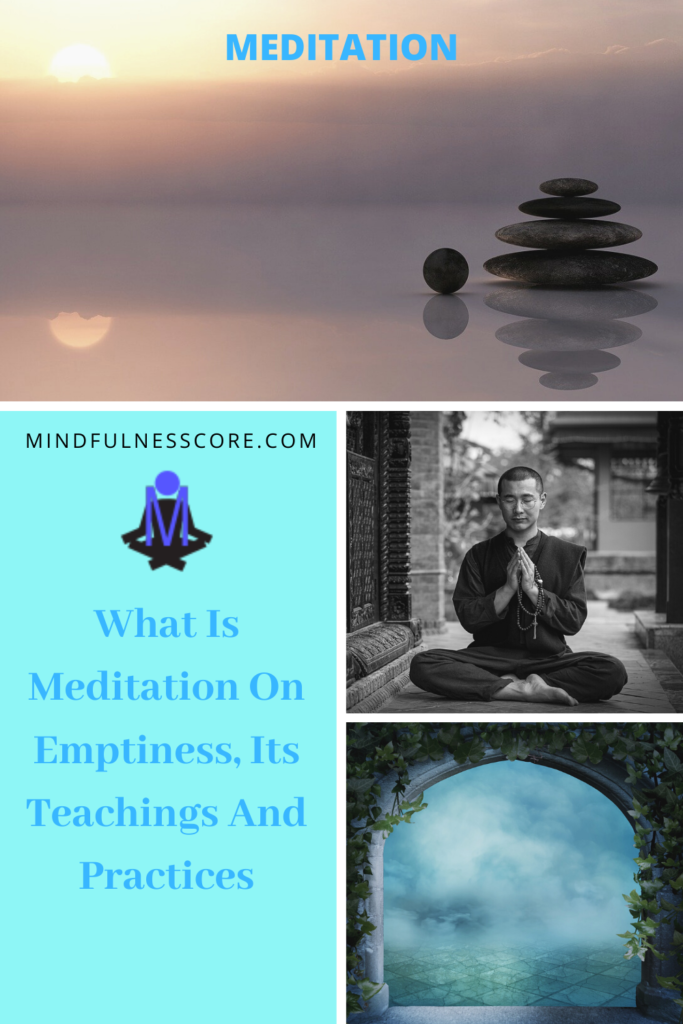 The meditation on emptiness or what is also commonly referred to as the four-point meditation is similar to the seven-point meditation in some aspects. The Buddhist scholar, Lama Je Tsongkhapa was the pioneer of the meditation on emptiness. His primary aim was to merge all of the information from various traditions and to make a collection of the best teachings which could then be disseminated among people as a Dharma. He was a true believer of the Indian and Tibetan scholars and wanted to have their teachings receive the recognition that it deserved. With this goal in mind, he founded the Gelug monastery where the first Dalai Lama namely Gendun Drup became his very first disciple.

The concept of meditation on emptiness is a fairly broad one with various complications that even the monks with years of experience can have a hard time understanding. It is perhaps due to the very nature of “Emptiness”. A range of traditions, cultures, and religions have tried to define and elaborate on the concept of Emptiness with neither of them claiming to be 100% accurate.

These pillars are as follows:

Much like any other type of meditation, the meditation on emptiness starts with choosing a peaceful environment to take a comfortable posture in order to relax your body and mind alike. Remember that it is perfectly fine for an expert to try meditation in an environment with minor distractions since practice enables you to push the distractions in the background. For a beginner, however, it is recommended to opt for a completely calm and quiet place that is away from all sorts of noise and distractions. As for the posture, there are a few things to be taken into consideration including the fact that your back should be sufficiently straight that promotes comfort and optimizes breathing. Even if you are using a chair, make sure that your feet are flat on the floor. If you have opted to sit on the floor, there are two options that you can avail. You can either sit with your legs crossed, a posture that is recommended by many. However, it is not easy to follow for quite a lot of us which is why you can choose to place a pillow beneath you and keep your legs parallel. Remember that the entire point of sustaining a posture is to remove all stress from your neck and your back. Don’t be frustrated if you can’t get it right the first time. You will get there with practice.

The Object To Be Negated

To begin with the first step, try to