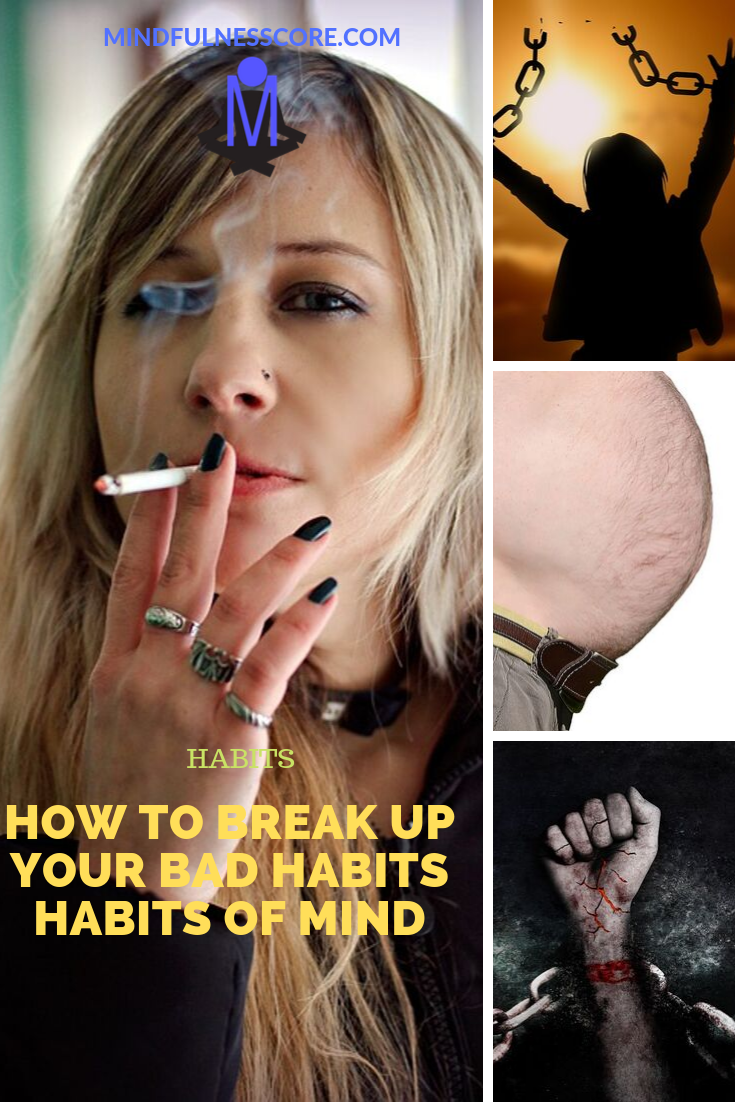 Despite knowing that watching TV or playing video games for long hours is a mere wastage of time, one still does so. Even after knowing that smoking is detrimental to health, one still does smoke. In spite of being aware of the fact that fast food can adversely affect figure, one still does overeat. Don’t people love their lives and want to make the most out of it? Then, why do they all do this? In fact, they do want to change but are trapped by certain bad habits.

As a matter of fact, we all have some bad habits which we want to cut out of our lives. In order to serve this purpose, you have also probably made efforts but all in vain. This is what makes barricading against your bad habits harder. Do you know why? Because it’s actually your brain behind the scene which secretly sabotages all your attempts for creating a barrier against those bad habits. So, stop blaming yourself for not accomplishing that purpose successfully.

Bear in mind that the key to all success is good habits whereas bad habits are the opened gateway to failure (Og Mandino). Hence, keeping yourself at bay from bad habits is crucial to living a fulfilled life. As well as that, doing so helps in making you the best version of yourself.

Without a doubt, struggling to overcome your bad habits daily is nothing less than a fight which requires strong commitment and persistence. Here, one must consider that life is an everyday fight with individuals and things that are attempting to transform them as well as those that are attempting to save them from transforming (Mokokoma Mokhonoana).

Now, let’s become a little more practical and take meaningful steps to keep yourself from those clingy bad habits. To facilitate you further in the best possible manner, we have come up with eight doable steps giving a try to which would definitely prove fruitful to you. Let’s get to know about them. 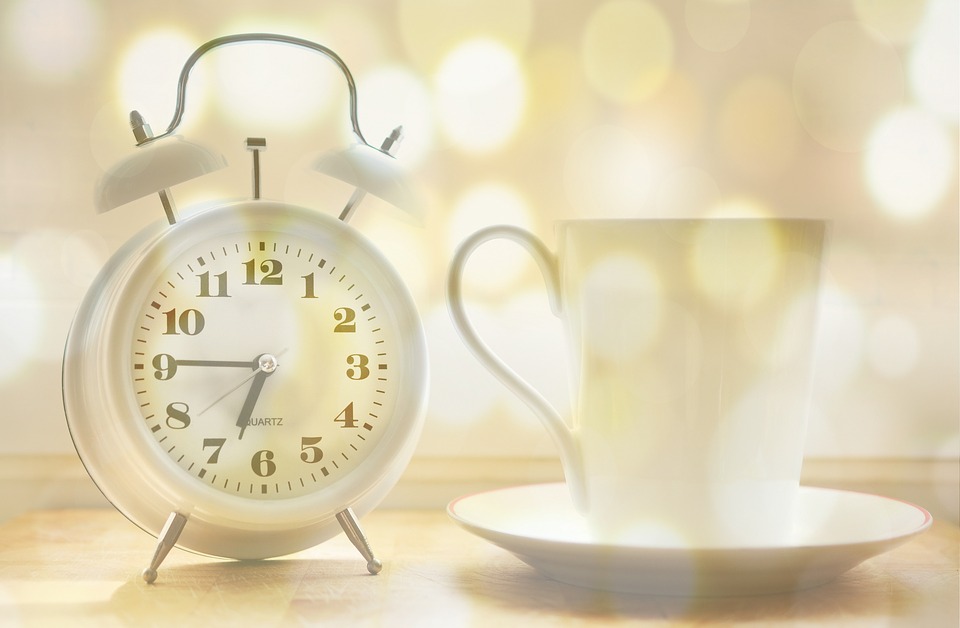 The initial step on the way of being a better version of yourself by overcoming negative habits is setting a specific goal. And, that’s pretty obvious too. With this respect, to set a goal actually implies to truly wish for as well as commit to transforming your life.

On the flip side, attempting to avoid a certain habit even when you’re uncertain about what you actually want to avoid, or the reason why you want to avoid it, possibly results in failure. On the whole, it’s hugely favorable to make up your mind in the first place rather than swimming against the tide.

2. Understand the Potential Triggers and Assertively Deal with them

Bad habits are quite similar to an infection that affects your body. It starts from a spot and slowly makes it way to the rest of your body.

A needlessly turned-on Wi-fi possibly triggers you to make use of the internet for hours and hours without any reason. Or perhaps it’s the keeping of extra cash in your wallet while going out which pushes you to shop extra and stupidly.

As per research, amongst the most effective approaches to save yourself from indulging in a bad habit is being aware of the triggers. Actually, knowing the potential triggers aids to push you back and avoiding that auto-pilot initializing.

Not only does it have to do with understanding the triggers for possible lapses but to also keep a check on them. Whenever you feel that a trigger is being popped up, be readily responsive to fight against it and that too assertively.

For instance, disconnecting the Wi-fi when there is no need for it will possibly work for you. By doing so, you will be able to pay more attention to your work instead of wasting time in purposeless web-surfing.

It asks for time, patience as well as persistence to develop or abolish a habit. Heading to a new or different direction will give your brain something different or new to work on. Although it’s not as simple as it sounds, swapping bad habits with good ones can give you a feeling of fulfillment. Or else, you will think or feel that there is something missing in the initial phases of getting rid of your bad habits. Actually, having a plan for a substitute step to take when triggered to indulge in a bad habit is the key here.

If you are craving for a sugar-loaded dessert, while you want to stick to a healthy diet, consume an apple or a mini bowl of mixed fruits. Similarly, you can swap beer with milk or green tea.

Another example of switching to something good or at least not as bad can be keeping 1-2 cookies/crackers to your bedside if you are a late-night binge-eater. Doing so will save you from going to the kitchen and checking out the refrigerator to load your stomach with extra calories in the late-night hours.

In order to perfectly adopt this approach, take baby steps and you will start observing the difference eventually.

Ever wondered why those weight loss clinics ask their clients to jot down their weight-reduction goals and then show it to near and dear ones? Simply because clients receive support in this way which truly works for them by providing them constant motivation to lose weight. Therefore, seeking support is truly helpful in eliminating a bad habit.

Having a workout partner with you can work in keeping you motivated to hit the gym every day. In the same way, having someone by your side, to whom you can call at any time particularly when those temptations begin to kick in is beneficial.

The strategy behind doing so is that you keep committed to staying away from that negative activity by telling others about your goals. This is because it puts pressure on you to quit that bad habit in order to maintain a good reputation in society. In other words, this strategy aids in holding you accountable at times when you want to surrender.

More or less, rewarding a certain behavior builds the basis of the making of a new habit. Keeping this into consideration, rewarding yourself for positive behavior is a perfect way of developing new habits.

In order to make the most out of it, try rewarding yourself on an immediate basis following to getting into good behavior. Most of all, the reward should be highly enjoyable and delightful for you.

In case you are a late-comer, reward yourself with your favorite ice-cream or donut whenever you arrive office or university on time. Keep on rewarding yourself unless you become punctual. It can be even bucking yourself up after having your meal at the table rather than in your bed or on the couch. As simple as that. Similarly, saving up the money to buy a new outfit which you otherwise usually spend on drugs or alcohol would also be a great reward.

In fact, rewarding yourself has to do with your psychology as it keeps you engaged and encouraged to eradicate those creepy habits. Building in a payoff for your own self is indeed satisfying. Isn’t it?

It takes time to stop doing a bad habit since behavioral conditioning is a long procedure. Which is why you need to be consistent with it. Referring to self-help books as well as conventional wisdom, getting rid of a certain habit is a matter of 28 days. Nonetheless, it’s more complicated in reality since new studies have proposed that the length of this process depends on both the habit and the person. In real-life scenario, it can range from 18 to 245 days for you to get over a bad habit. This is why it asks for being patient and committed for a considerable duration.

Although this course varies between people, it is possibly appropriate saying that the initial few days will take a toll on everybody.

According to some neuroscientists, the initial two weeks let individuals get into a withdrawal period. It happens because our nervous systems strive to accept a switch in the chemicals activating our brain’s “reward” center.

7. Show Some Kindness to Yourself

Do not discourage yourself by telling that you can’t do a certain thing. Noticeably, it’s a negative mental habit reinforcing your belief of being unable to do something. It’s ok if you lapsed or had a hard time adapting to a new habit. Do not be harsh on yourself for this since it can even worsen your bad habit.

Keep in mind that apparently contradictory things can coexist in case you feel that you are disapproving yourself.

Just visualize that you want to avoid unhealthy eating, however, you still gave in and consumed a lot of French-fries with your last meal. Beating up or punishing yourself for this could be easy. On the other hand, showing kindness to yourself is an acknowledgment of your lapse. Additionally, it’s an identification of the fact that this is not a failure. Just because once you gave in does not mean that you will continue to give in.

To cope with this situation in a kind manner, try to add an “and” to your statements. Moreover, establish positive strategies for the future when you come across a challenging situation.

For instance: “I consumed French-fries with the meal for which I am disappointed with myself “and” I can favor myself by having home-made/healthy snacks for taking to workplace/university so I won’t be tempted by the vending machines.”

Key Takeaway: Some of the options of healthy snacks that you can keep with you while going out can be fresh fruits, nuts, seeds, whole-wheat crackers, etc.

What else you can do with this respect is making the addition of “but” in your statements. Such as I am totally upset with myself “but” sometimes everyone makes mistakes.

According to research, positive health outcomes and self-monitoring have a substantial association with each other. In simple words, keeping a track on your progress is more likely to yield desirable outcomes. Therefore, monitoring your progress by putting it onto a paper can be helpful in increasing your chances of staying away from a bad habit.

With this regard, making a to-do list and crossing off the goals you have achieved so far also keeps your Dopamine levels increased. On top of that, by having increased levels of Dopamine, not only you feel good but also keep motivated towards accomplishing your goal. So, stay happy and motivated at the same time by keeping with a to-do list.

Whether its nail-biting or excessive alcohol consumption, being physically inactive or watching porn, we all are having some or at least one bad habit in our lives. Barricading against those bad habits is going to give us a huge benefit in terms of making us a better person as well as giving our lives a new and even better direction. However, creating a barrier to those deep-rooted bad habits can take a toll on us since it is not a piece of cake. Nonetheless, it is crucial for living a successful life to develop good and fruitful habits by getting rid of negative habits.

To accomplish this purpose, keeping with the above-stated eight simple strategies is definitely going to give you optimum results eventually. Nevertheless, it asks you to be persistant, show commitment, have patience and do not give up since the process is a bit time-consuming. Once you are done with successfully creating a barrier against a bad habit, identify another one (if you have). Then, again make an attempt to quit it as well by following the same pattern.