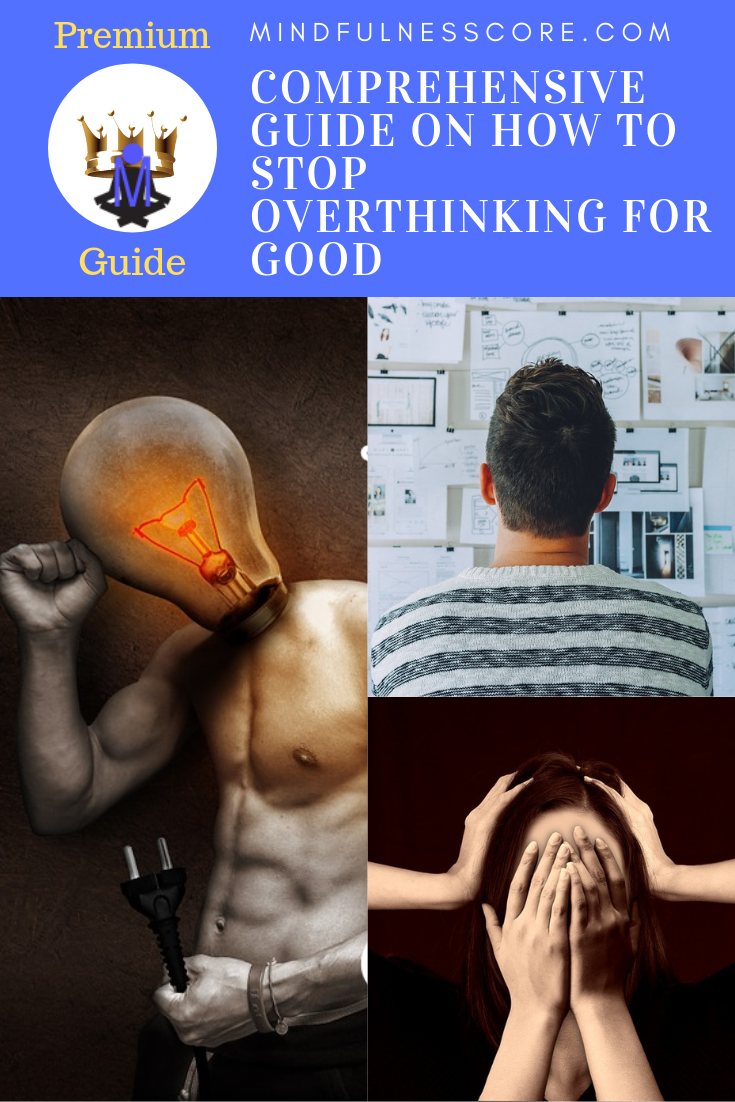 You’d be lying if you said there has not been an instance in your life when you didn’t identify yourself as an over-thinker. At some point in our lives, almost all of us have gone through a frustrating experience of overthinking about something that simply refuses to walk itself out of our minds. Overthinking is an addictive yet ugly habit that has the potential to penetrate both the personal and professionals domains of your life. This implies that what you end up overthinking about can range from your personal relationships to your professional prospects. So your girlfriend left a casual remark about your haircut today and now here you are, lying in your bed with an endless stream of questions popping into your mind. Does she not like me anymore? Does she find me repulsive with this haircut? Am I not handsome enough to be with a pretty woman like her? Or worse, is she interested in someone else? It’s funny how you find yourself willing to cater to such questions and yet you won’t take a step back to question yourself where exactly is it all coming from, in the first place? Because if you did, you’d see that none of it is rooted in logic and facts and perhaps your way out of overthinking will be a convenient one. Similarly, you could have a bad day at work and have one of your reports widely disregarded by your superiors. Instead of seeing it for what it is, an over-thinker would trick himself into believing that his manager has a personal grudge with him, or that he can kiss his chances of a promotion this year a goodbye, or in the worst-case scenario, that he is a loser who is never going to find greatness and success. What’s common regardless of the scenario, though? You threaten your chances of getting a favorable outcome.

Blame it on the mechanical life that has become the new norm in this time and age with excessive pressure of the rat race or perhaps a natural trait, overthinking has been spreading like an epidemic among the human race, jeopardizing our mental health in general. The worst part is that it is virtually impossible for someone drowning in the sea of his own thoughts to realize that it is well within his power to let go of these thoughts and quit overthinking once and for all. If that’s you, we have good news for you. However addictive it may be, overthinking is just like any other habit and with persistence, patience, and practice, you can train yourself to reaffirm the control over your brain.

If you have landed on this page, congratulations on making the right decision at the right time that you would no longer let the curse of overthinking consume your life in any way. Facing the problem in a timely fashion is always a part of the solution. Now that you are convinced that overthinking has been hurting your personal and professional life in ways that can only be described as evil, you are motivated enough to go through our guide that promises to show you the way out of this ditch with implementation of the practical tips which have been tried and tested to be effective against overthinking. Letting go of this evil habit is a matter of how knowledgeable you are about different elements of overthinking. This is the very reason why we have chosen to craft this comprehensive guide that covers all aspects ranging from the reality of overthinking to the effects it casts on our lives, and the types of overthinking to, of course, the evidence-based strategies which pave the way for you to quit it.

In the simplest of terms, overthinking can be described as a type of negative thinking. The origin of overthinking is surely rooted in pessimism. The failure to fight negativity timely increases the risk of it exaggerating to the point where you end up losing control and can’t help but be overwhelmed by your own thoughts. This magnified version of pessimism is what is essentially known as overthinking.

It could be an innocent remark by one of your colleagues at work or perhaps even a close friend that triggers overthinking. Perhaps you are concerned about your professional growth, or the holiday weight that you are finding hard to shed, or an argument with your significant other that got stretched more than your expectations, so generally, anything that invokes the emotions like anger, anxiety, sadness, etc. are usually identified as triggers for overthinking. Once it is set into motion, you will slowly start to lose the sight of the original problem and associate unrealistic or even irrelevant interpretations and assumptions which activate a vicious cycle of negative thoughts into your mind. Consequently, it becomes increasingly difficult for you to let go of your thoughts and move on.

The aforementioned vicious cycle of negativity associated with overthinking is commonly referred to as the “Yeast Effect”. An over-thinker treats negativity as a dough and waits for it to be baked into twice the original size. For example, once you fail to meet your boss’s expectations in one of your presentations, overthinking can keep you focused at all of the times that you have failed in your life. The experiences of success may be remarkably greater in your life than those of failures, and yet your focus would only be confined to the few of the latter. This will ultimately lead to a gross generalization that you are not good at what you do. While it was a mere inconvenience of your professional life, thanks to overthinking, it is likely that your personal life will be brought into the loop as well. For instance, you will end up questioning why is it that your romantic partner chooses to be with you when you are evidently not good enough and he or she has the potential to do so much better. The “Yeast Effect”, therefore, makes you question anything and everything about yourself and your life unless you lose that last drop of self-esteem and conclude that you are absolutely worthless.

Another common feature associated with overthinking is that of the “Distorted Lens” effect. A distorted lens has a way of presenting an illusionary magnified version of a problem. You will likely build a habit of treating even a minor inconvenience as panic-worthy and will fail to find hope in any given situation. For example, a bad grade for your child at school will stem the thought that you are not playing your role as a good parent in the upbringing of your child. Seeing yourself as a bad parent further gives rise to panic that your children are destined to fail in the time to come. Ultimately, you decide to put the blame on your own parents and conclude that it all goes way beyond yourself. Overthinking has a way of devouring you slowly until a bad mood or a gloomy emotional state that’s filled with sadness, anger, and panic becomes a part of your personality. It pushes you into believing that it is a hopeless scenario and there isn’t anything that you could possibly do to fix things. Such a conclusion adds more fuel to the vicious cycle of negativity and serves to sustain it.

The Prominent Categories Of Overthinking 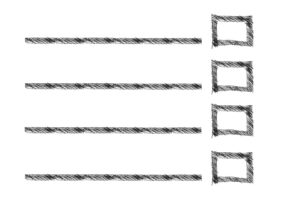 In order to devise an action plan to stop overthinking for good, it is important that you