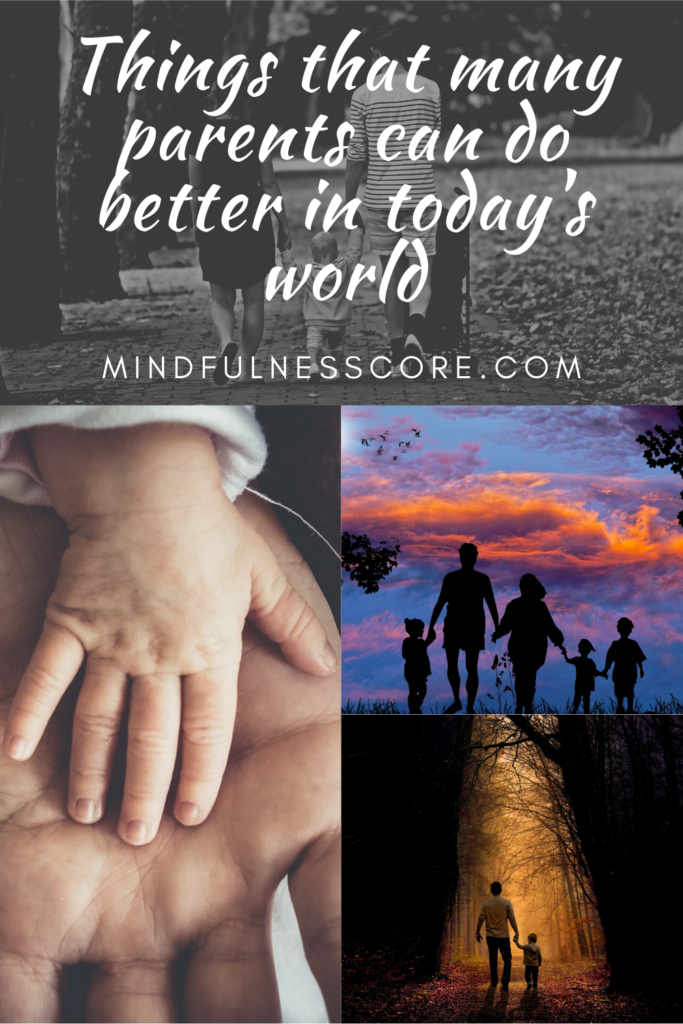 Being a millennial is perhaps the toughest thing to be especially when you had no say in when and where you were to be given birth. Most of us have entered a world that is on the verge of change. The old is being replaced by the new almost as if a new kind of renaissance period has started. When we say the “old is being replaced”, we mean it in the sense of mindsets. People are evolving their thoughts and beliefs and are coming to consensus with a freer version of life than has ever been known before. As millennials and the later generation (Generation Z), we have taken it upon ourselves to bring this change.

This is where all the trouble starts because certain individuals in our lives have always lived in the past. A giant chunk of their experiences is extracted as a reference to sometimes block the progress an individual could have. Most of what the older generation (Baby Boomers) has lived through it was a time where the world was striving towards a time of peace and prosperity. Where the work-life mattered more than having the best life. Where the “needs of the many outweighed the needs of the few”.

As someone from the new generation, you must have gone through situations where your parents do not understand or cannot understand what you go through. Their point of reference is mostly the “good old days” and you cannot do anything to do justice to that. Most of us have felt the urge to just run away because our parents are saying and doing everything wrong and it is not even their fault, to begin with. They just cannot empathize enough because of how they grew up and what they went through. Despite them trying their best, there are several things parents do wrong in the modern world.

Parenting isn’t easy especially when you’re going to raise a child in a technologically advanced world like this one. The modern world has several distractions as well as several sources of help that can guide you through the parenting process so you can raise the best kid. However, there are still things that parents can get wrong, and these include. 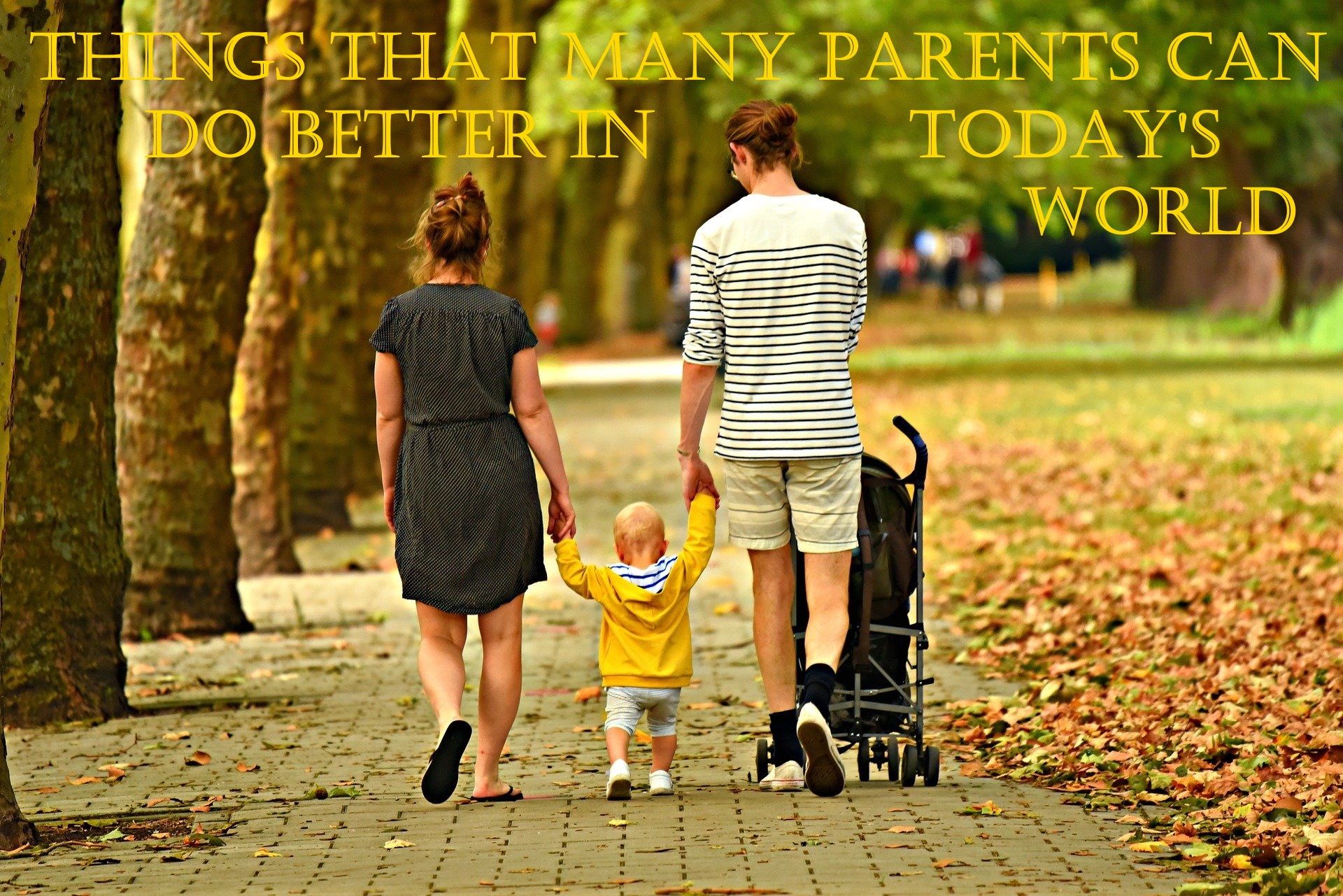 Not Being There for Them

The biggest issue that parents have in the modern world is that they just don’t have enough time for their children. Time is the most valuable currency that you can give to someone and if it is not given to your children while they’re growing up, they are going to have self-esteem issues. They will start believing that their parents do not love them enough and will also be prone to get bullied at school because they never learned how to socialize. Parents are after all the first people an Earth a child socializes with.

Most of the time parents are not there for their children is because of their careers. Their jobs and businesses require them to work so much that they have little time to spare for their kids. This way, they do get to provide a quality life to their child but do not teach them to value time over money. When the child grows up, they will also value money more than how to spend it and to value life above all.

Another problem that arises when a parent is not there for their child is the lack of self-awareness for the child as well as the lack of someone to confide in. The child is never given any feedback on who they are and what they are turning out to be. They end up becoming unaware of their talents and their flaws which means they never get to explore and build on them. When we talk about a child not having anyone to confide in, we mean they do not have someone who they can trust to stay and listen which can develop serious trust issues. They also end up spending more time on their smartphones instead of real-life communication because that’s their only form of escape.

When you’re not there for your child, you end up never realizing how strong and amazing your kid is. Parents in the modern world find it easier to afford a nanny than to afford the time and genuinely stay with their child for something as simple as lunch or sometimes, even dinner. So, whenever you get the time and your child ends up talking about something you never expected from them, you are prone to underestimate their interests.

For example, let’s say they love to write music. They come to you with a piece of lyrics they’ve recently written and waited a long time to show you only for you to laugh it off and then get back to the phone with your client. The negative effect it has on your child is that they never gain the confidence to be able to carry that interest forward which could have developed into something far greater.
Pretending to be Perfect

Sometimes, parents have this crazy idea stuck in their head that they are perfect. That they have to show that they can handle any situation regardless of their ability to. The modern world has social media where parents not only try to look perfect but make their children look perfect as well. What this does is that it does not leave any room for scars or any pain that the child feels. They end up becoming shells who always have to “pretend” and never really understand who they are.

Children see parents as their role models and their role models have to act real. They have to make their children understand that it’s okay to be broken and bent. That feeling helpless is a part of life and scars are something that everyone has. Parents must instill in their children that scars are what make people beautiful and exactly who they are. Parents nowadays are so into building a perfect profile for their child that they end up losing their child’s uniqueness in the process.

Expecting Too Much from Your Child’s Career

The modern world has not only become a battleground for different institutions, but it has also become a giant recruitment drive where the best organizations require the best employees. Parents are therefore more focused on jobs rather than being focused on their kids. They, therefore, form expectations from their children that they might be able to fulfill or not. This can be extremely harmful to the relationship in the long run because there is a lack of understanding from both parties.

Parents need to understand that their expectations may have been formed from a place of love and care but the way they enforce them on their children is wrong. Every child is different and has some unique qualities that make them who they are. If the modern world requires you to sacrifice your relationship for a job, we hope you choose a relationship because it is far more precious than a job. Besides, the way technology is growing, the whole concept of an “office job” is soon going to be replaced by freelancers who can work from home.

Even if you replace this concept, parents still end up expecting too much from their child which pressurizes them. What needs to be done is to understand their capabilities and start from nourishing them from there. Help them grow what they’re good at and love rather than have false hope in something they only occasionally are good at.

Deciding on Their Schedules

The term “time is money” is yet another pre-millennial concept where the idea that money could buy happiness existed. Millennials and Generation Z are all about enjoying their lives and don’t care for money. However, the idea of having a schedule is so ingrained in every parent’s mind that they try to enforce it upon their child as well.

Stop it. Let them explore their realities themselves rather than telling them what to do when. Time is relative for everyone and life is a unique experience. When you decide on a schedule for your child, you are telling them that they have no free will of their own. There is a difference between disciplining your child and trapping them in a hole they cannot get out of.
Conclusion

The following are just some of the things that parents are doing wrong in the modern world. Perhaps every generation feels that their parents have wronged them to some extent and ultimately, it falls to the gap between these two generations. However, if you understand these points, try to change and adapt to the situation at hand. If you are expecting a child, make sure to give them time and effort and the freedom to choose their path. All a child wished to hear from their parent is that they are going to be there for them regardless of who they turn out to be.

This does not mean that you support them if they decide to be a murder but simply provide them enough guidance that they do not fall far from the tree but not too close either.