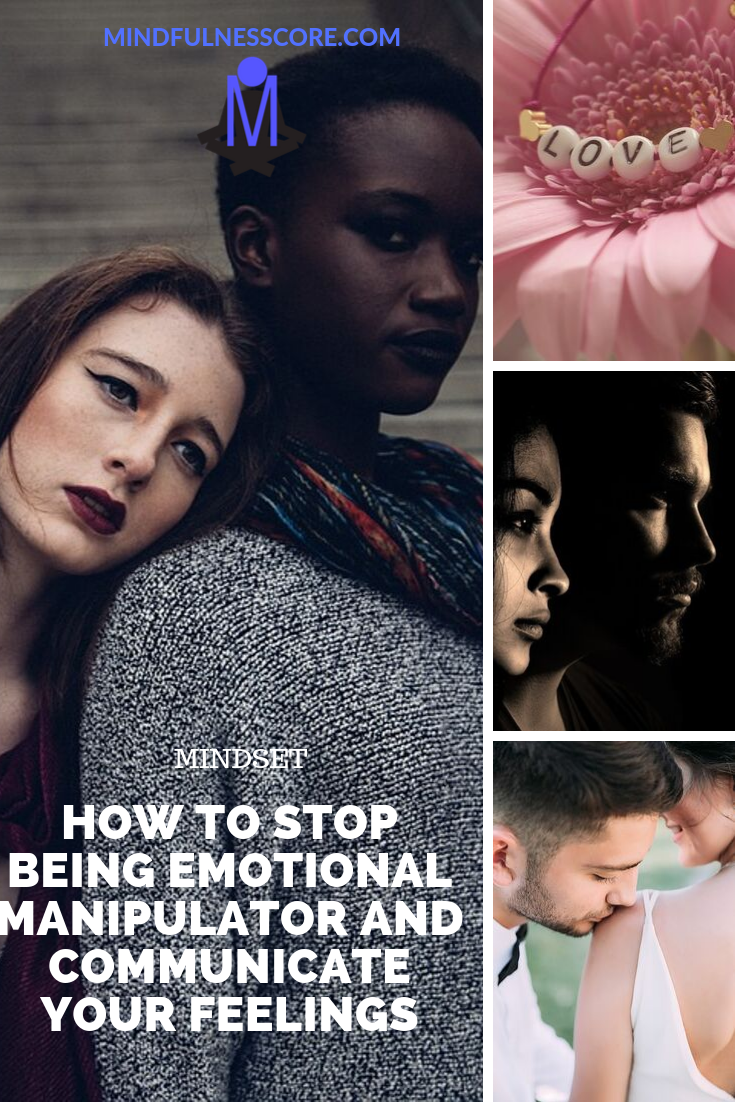 Having emotions is a mark of being a human. It is our innate behavior to have feelings and emotions about different events and experiences of our lives. Failing to appropriately express yourself jeopardizes your social relations and is damaging to your own mental health in the long run. What’s unfortunate, however, is that a lot of us fail to realize the fine line between communicating our feelings and being an emotional manipulator. It is to be understood that stating your emotion is not sufficient to get the expected response out of someone. For instance, stating that you are sad about something is not enough to automatically entitle you for sympathy. Simply put, it is futile to communicate your feelings with an ulterior motive of getting a specific response out of someone. It is construed as manipulation, making the other person more likely to be ignorant of your emotions.

Let’s analyze an example. Imagine that you had a plan with your best friend to go out on a Sunday evening and watch a movie. Unfortunately, you end up having to run some errand at the last moment and have to cancel the plan. You call your friend and inform him of the situation with an apology. He tells you it’s fine but extends his statement with “I’ll just stay in and be alone on a Sunday evening”. If you look closely, he is apparently accepting your apology but the latter part of his statement is trying to take you for a guilt trip. While it is okay for him to be upset about the plan being canceled, the way he’s expressing his feeling is manipulative in its nature.

As mentioned earlier, having feelings and emotions associated with different events and experiences is only humane. It is natural for each one of them to feel sad, angry, frustrated, upset, etc. from time to time. But what’s even more important is that we have the ability to express ourselves constructively in moments like these. A number of psychologists have defined emotional manipulation as a type of violence. It is synonymous to punishing someone for not meeting our expectations with their response. Therefore, in order to learn to communicate your feelings without being a manipulator, it is imperative that you are familiar with the basics of nonviolent communication.

The 5 Pillars Of Nonviolent Communication Of Your Feelings

“Expressing yourself in a fashion that is not judgmental or hostile in nature is premised on four factors.”

Focus On The Facts

You can remove the judgment and hostility while communicating your feelings if you success in focusing on the facts. For instance, if you had to wait for your date to show up for half an hour, the fact at hand here is that your date is late. That’s it. The moment you start to associate your judgment with the fact, you increase the chances of being hostile while communicating your feelings. Translating they’re being late as them being rude or that they are not interested in you, will close the door to honest communication. If you think about it, a lot of the times when you have a surge of negative emotions, it is because you are associating a meaning to an event that is not supported by the facts.

One of the most prominent reasons why people end up trying to emotionally manipulate others while communicating their emotions is because of impulsiveness. It is the failure of them to take their time to understand their feelings and see where is it coming from before they respond with judgment. Remember that you will always come out as an emotional manipulator if you are ignorant of your own feelings. It’s a basic principle. If you don’t understand your feelings, there is no way that you can communicate them constructively to the people around you. Therefore, it is recommended to always take a moment and make an analysis of your feelings before you respond to them. A few minutes of meditation and mindfulness can be highly effective in removing the haze and stimulating the clarity of mind so that you can see your emotions for what they are, without the judgments, without the presumed meaning.

Focus On The Feeling

A nonviolent expression of what’s going through your mind is dependent on whether your focus is on the feeling itself or the judgment that is associated with it. For example, imagine that your teacher gives you a second highest grade in the class when you were expecting the highest. If you express yourself with a statement that “this isn’t fair”, it could be construed as a judgment that is being imposed on the teacher of not being fair. Instead of passing judgment, a less hostile way of expressing your disappointment would be to focus on the feeling itself. Statements like “I feel disappointed because…” are more effective for this purpose.

Use A Direct Approach

Another reason why communicating your feelings often turn into a heated argument that benefits neither of the two parties is because of the use of an indirect approach in expressing one’s self. Remember that communicating your feelings and emotions is a way to communicate your needs and requirements to the other person. Being indirect while communicating your needs and leaving it up to the other person to read between the lines is a recipe of complications. For example, if you feel the need to spend more time with your partner, being indirect while telling her that she has been spending a lot of time at work may set you up for a disappointment, since it is likely that she’d take a day off but would choose to go out for a party with her friends. As your need was not directly communicated, all it accomplished was create another misunderstanding that still left you unsatisfied.

Avoid Making It A Demand

Lastly, another conspicuous component of nonviolent communication of your feelings is to present your needs as a request. When we present them as a demand that ought to be complied with, and expect it to be the responsibility of the other person to be the “all-knowing”, we fail to put the required effort into making ourselves understood. Once you elaborate on your requirements and present them as a request, it paints a clear picture in the minds of others of what is it that we are looking for.

If you have been looking for ways to communicate your feelings without being judgmental, hostile, or without manipulating others, then the above-mentioned information will surely be of help for you. Of course, there are other tips and tricks that you could put to use but for a starter, sticking to these is sufficient. Once you have mastered these four strategies, you would begin to see a change in yourself and in the people around you. It will be an inspiration for you to dig deeper and further work to enhance your emotional intelligence.

A word of caution, though. By implementing the tips mentioned above for being an effective communicator of your feelings without manipulation, you must keep it in mind that you are doing the right thing and are not lending them any favor. As mentioned earlier, it doesn’t entitle yourself for anything, neither does it guarantee that you would be able to get your desired response out of them. It must never flee your mind that you are putting forward a request. The authority of accepting or rejecting your request lies with the other person. In an event that you tried to be as peaceful while communicating your feelings as you possibly could and yet failed to have your expectations satisfied, a true mark of higher emotional intelligence is to respect their response and submit to it. Just as you would with any other request. It’s not a demand or a right that justifies you to be hostile if it was not met.

In other words, it’s a two-way street. If you want someone to be considerate of your feelings, it is important that you have their feelings and emotions in mind as well. If you want them to meet your expectations, you are going to have to submit to theirs’ as well at times.

Feelings are a part of the human race which have the potential to make or break its social connections. It is, indeed, our emotions which fuel the desire to socialize and have meaningful relationships with the people around us. A person who has the ability to be constructive while communicating his feelings, someone who can avoid being a manipulator or be hostile or judgmental along the process, is usually seen as having higher emotional intelligence. It is a part of self-growth and maturity; a characteristic that makes a personality more charming and attractive. Now that you have the tips to stop being an emotional manipulator at your disposal, you can see that it is well within your reach to be an effective communicator of your emotions. If you are persistent, you would certainly be able to upgrade your personality to the next level. 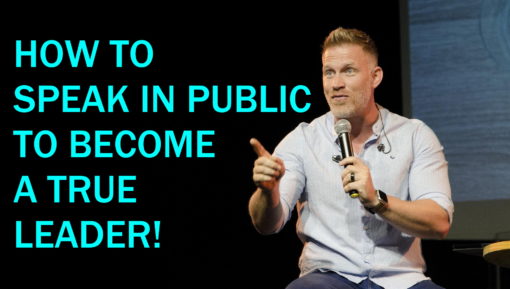 Mindfulness Core
Quick Guide and Critical Steps to Self-Care Discipline
https://mindfulnesscore.com/quick-guide-critical-steps-sel…/
Do you have trouble talking in front of a large group of people? Do you end up choking on your words simply because you’re too nervous to think? You’ll be surprised to find that you’re not the only one who that happens to. If you’re someone who is planning to start a venture or is going to join a position of leadership, you need to be able to know how to speak your heart out to the people around you. Your voice and words are the impressions people are going to have of you. If you’re not confident in speaking to your subordinates or your followers, you’ll never be able to succeed.

Mindfulness Core
Physical activity is important, yes. But losing weight is a goal that is accomplished a lot more in the kitchen than it is in the gym. In other words, your diet has a lot to do with how effectively and efficiently would you be able to lose weight. How would you like to opt for a restrictive diet that doesn’t leave you with a consistent feeling of deprivation and hunger, but on the contrary, enables you to lose weight without sucking the energy out of you?
https://mindfulnesscore.com/start-ketogenic-diet-weightloss-pros-cons/

Mindfulness Core
How many times have you told yourself that starting from tomorrow, you are going to put all the effort into keeping a healthy lifestyle? The excitement of sticking to the plan for the first couple of days is not a new one for most of us. The problem, however, is the consistency in the long run. Literally, anyone can plan to change their lifestyle for the better, but when it comes to staying motivated and showing commitment over the months, hardly a fraction of us are able to win that battle. https://mindfulnesscore.com/how-to-keep-yourself-motivated-for-a-healthy-lifestyle/

Mindfulness Core
Failing to appropriately express yourself jeopardizes your social relations and also to realize the fine line between communicating our feelings and being an emotional manipulator - https://youtu.be/QsmfrBp4f3U
| blog post - https://mindfulnesscore.com/stop-being-emotional-manipulator-communicate-feelings/